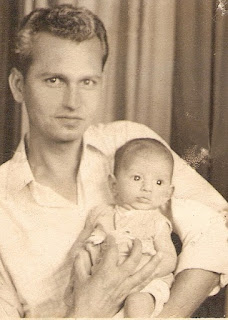 It was dark, very dark, I was sleeping and just minding my own business, I could hear some chatter but I just chose to ignore, then suddenly I felt my whole body move, as I moved towards the light the sounds grew louder and I could hear screaming.

Where was I going, I was frightened, a couple of tense minutes later bright light, where was I ? I saw people looking at me, I tried to make sense of all this but I couldn’t.

Then ‘SMACK’ I was hit, I didn’t even do anything, I yelled in pain and I saw this man smile and then hand me over to my mum. It’s a boy. You’re God damn right I’m a boy. That gave him no right to smack me.

I was small and I couldn’t even move without any assistance. If I ever meet that guy “doctor” I’ll smack him right back and say “You’re a doctor”, let’s see if he likes it.

That sadistic son of a.... (I don’t abuse and I never did) was smiling after that. My mum on the other hand was all comforting and nice.

I later learned that process of seeing the light, getting smacked and then getting comforted was called ‘Birth” It was some day of some  month in 19 something, let's not get into details, but I can assure you that it was in this century  was a Thursday. Time 11:47am. I was officially Born.

My mum and I spent a couple of days in the hospital and then we shifted to my pad in Bandra. It was nice. I learned that if I wanted anything, I just had to yell, and people would come running to my aid.  However I also learned that they couldn’t understand me. I tried to teach them, but they were just too dumb. They would carry me and try to get me to shut up.

If I wanted to eat, if I wanted to play, or if I was just feeling uncomfortable. I was carried, one standard procedure for all my needs. They later learnt to some extent to distinguish between a cry for food and a cry for attention. The only thing they mastered, was when I needed a change of clothes, thanks to the olfactory senses. I guess the humans were too dumb to get subtle hints.

Whenever they spoke to each other they spoke well, I somehow induced a speech impediment that made them, speak like they had a couple of roofies. In my presence they acted like retards, making faces, talking funny. I would laugh and I guess that encouraged this idiotic behavior. In time I felt I was doing the wrong thing and didn’t encourage that behavior anymore.

I learned that anything I did was a big thing and I learned not to surprise them too much, like speaking in full sentences, something I could do with aplomb, I enjoyed how they were fascinated with every little thing I did.

I smiled and they would be so happy that I gave them some attention, those pitiful humans, it’s like they felt honored that I acknowledged their presence. Every little thing I did was duly noted and a repeat performance was requested whenever company arrived. I understand that we didn’t have television, video games, all the i Devices, board games and computers. So I was their only source of entertainment. I enjoyed performing at first, but after sometime I got bored with all the attention and learned to only entertain a few that I liked.

My cheeks were pulled and pinched, I was carried by many and the funny part was some random person, who I had just met for the 1st time in my life, would just pick me up and ask me if I knew who they were ? Now seriously, they expected me to know who they were, was I some kind of psychic?. They would ask me a couple of times and would then introduce themselves, like I cared.

I was picked up by a lot of woman and got a couple of proposals too, but I was not interested and some of them I felt, were insincere. They would tell me they loved me, but the minute I was put down they would flirt with some other guy. Women, nothing’s changed!!!

In time I grew physically and mentally a lot smarter and I learned that I was just a novelty. Like any new article, I was given all the attention in the world and in time I was discarded and taken for granted.

We don’t realize but this is what we do, when something is new (person or thing) we give it all our attention, however after we get used to it we look for other things. So I’ve learned to be judicious about my compliments or the attention I show people, too much and too often or too little and rarely, makes people lose interest. It’s about finding the right balance something most of us are still trying to figure out.