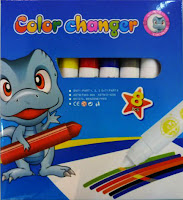 I had just finished college and I was awaiting my results. I wanted to get a jump start on my career; I rummaged through the papers and circled a couple of jobs. I called to get an appointment for an interview.

Bi-More was the 1st on my list it was in Sewri. After a couple of phone calls using a PCO I located this small office three times the size of my bathroom and that's not too big. I spoke to the male receptionist. Who also happened to be the owner and the lead sales and marketing man, never had I met such a multi-talented skilled being.

I was hired in the 1st 3mins, which either stated that I must have been so eloquent with my introduction, that it impressed the daylights out of him or I was his only interviewee all week. I'm going with the latter.

I was asked to report at 9am the following day for my 1st on the job learning /induction session. I was there at 9am on the dot, I was dressed in a crisp white shirt, blue tie, navy blue pants and black shoes polished until I could see my face in them. I waited patiently for about 45mins outside the locked door of the office, it was my 1st day and I didn't want to just give up without trying. then just as my patience started wearing thin,  in walks this guy (the multi-talented boss). He looked like he was dressed by a blind drunk monkey, I gave him the "was the circus in town look ?", but it had no effect on him. He greeted me with a big smile, no  apology and said "Are you ready to learn? "

I had already learnt a couple of valuable life lessons here and non were related to sales. I learnt that if you don't acknowledge or apologize for your mistakes (making someone wait) you set a bad example. Lesson learned "lead by example" and "You can't demand respect, you  earn it."

I was in for a beautiful exciting day. We took a train to town and he picked a random high rise as his 1st target. We were supposed to start from the top and work our way down, not a bad idea I thought. So I headed for the lift. "STOP" he shouted, I turned around confused. I said, “You said we should start from the top”, still looking perplexed. He nodded in agreement we were indeed going to the top, but the lift was not going to be our way up.

Stairs was he freaking serious??? stairs! 10 floors! He was serious, because he headed to the staircase and expected me to follow.
What choice did I have? It was my 1st day on the job and I had already questioned his dress sense, his intelligence and I for some reason at that time didn't want to be fired on day one. So I complied and climbed 168 steps. This is not an approximation but the actual number.

As I write this story, you will be surprised of the level of detail I remember, it’s not because I have an awesome memory but because this incident has left an indelible imprint on my mind.

So back to the story, we were at the top, not at the top of our careers, just at the top of the building. Before we entered, he took me aside and with a serious look on his face he gave me strict instructions "just follow me" and "learn".
He stressed on "learn".

I was going to get my 1st live sales demonstration. He was beaming with confidence. He straightened his tie and he walked in like he was going to sell water to a dehydrated man stuck in the Mojave Desert.

Whoa!!! This can't be happening. What did I get myself into? He opened his briefcase and took out sketch pens. He grabbed a paper from the guy’s desk and scribbled something on it with a white marker. And then with a green marker he coloured the area. Magically the words. Magic pen appeared on the sheet. It would have been a pretty awesome trick had it not been that guy’s important report.

The guy was fuming and yelled for security. I quickly picked up a file from a vacant desk and pretended to read and blend in. The security guard came in and literally picked him up and threw him out. I followed him 2mins later.

He looked unfazed by the incident, and shrugged it off. We began our descent and with each floor I learnt new ways of annoying people, like walking into...sorry more like, barging into a meeting and rattling off the sales pitch. I also learnt that asking for permission was taboo and not taking ‘No” for an answer was the mantra. I watched him get yelled at cursed at and ignored. But he never relented. I admired his determination and stupidity.

One particular incident that makes me smile each time I narrate it is when he approached a young guy and after his introduction, he told him about the magic pens, and asked him if he had a girlfriend. He went on to tell him, that he could write secret messages to his girlfriend when company was around, then he looked at me and smiled with a "this is how it’s done, watch and learn" look.

The young lad just smiled and told him that he and his girlfriend were very open about their relationship and didn't have to hide anything from anyone. So he didn't need the magic pens.

Shot down again, unfazed he picked up his bag and turned around and said "your loss" and walked out.

We reached the ground floor and he noticed that there was a basement, as he proceeded towards the stairs, he was stopped by a security guard, who told him that was the storage room for all files.

He dismissed his instructions and proceeded. Along the way he told me that the security guard didn't want him to hit the mother load. There were a lot of potential clients just waiting for us.

We reached the bottom. And lo and behold. A sea of potential clients. In the form of boxes, papers, old chairs and rusty pipes. I turned around and headed back up silently.

Once we came out he told me he would take me out for lunch. I ordered a Sada Dosa and a Pepsi. Post lunch he gave me a lecture on sales and my bright future in the company. It was almost 3pm. He pointed to another high rise; I had the "I have had enough for today look".

He understood that I was exhausted and told me that we would go back to the office. At the office. He discussed incentives and targets, but no salary. He congratulated me on getting the job and I was supposed to report to work at 9am the next day.

I never did go back, for obvious reasons. At times when I'm walking through the mall and I see these magic markers. I can’t help but just laugh. That’s all folks.