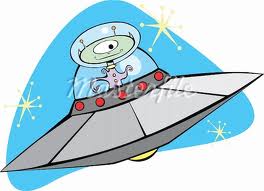 With the Communication Device set in place, I tinkered with the antenna and adjusted the frequency, the signal was weak, I could hear something in the background tried to decrypt the celestial mumble, but there was too much static, a few adjustments and suddenly it was clear, a voice boomed “You are listening to 98.2 FM”, No this can’t be right! … I was puzzled and disappointed. The satellite radio didn’t work. I was expecting to reach people from my planet Neptune.

Now before you think I should dial down the crazy, let me just say my childhood was filled with such crazy stories and adventure, thanks to television and my sisters. I was led to believe that I was adopted and my birth mother and father were from Neptune.

Shocked? Perplexed? …Well that’s what you get when you have sisters who are way older than you; let’s just call it sibling hazing. I was 6years old and very gullible, unlike kids today. I was at an impressionable age, watching Superman, Star trek and E.T. made it a lot easier for my sisters to convince me that I was adopted and from another planet.

I was so convinced that I was an alien, I wore a pair of silver gumboots throughout the year.

I have always been interested in finding out if there is life beyond earth in some distant galaxy, I was fascinated by space and I wanted to become an astronaut, however math was not my best friend and apparently that is required.

So getting back to the story, I firmly believed that I was sent by my birth parents to earth to serve a purpose, something I am still trying to figure out; the purpose and not that I was sent by aliens. So a story combination of superman and E.T. encourage me to contact my planet (Neptune)

Armed with a radio, Foil, a hanger, and a plate, I created my ‘Communication Device’, well apparently E.T contacted his planet, so how hard could it be? My fantasy was short lived when after 2 hours in the backyard and surfing through numerous radio stations, my mum called me in for dinner.