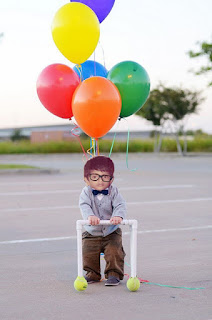 Growing up was pretty stressful, well stressful for people living with me. I have however improved to a great degree in the past 3 decades. I don’t know what elicited these quirks but had it not been for them I would had nothing to write about. I was thoroughly spoiled as a kid, that’s what my sisters tell me and looking back I think, I did get whatever I wanted, well almost.

We had two Au pairs and a maid, and they did spoil me, I got my favorite food every day, right down to specifics, 3 drops of gravy, on rice not 4, not 2…but 3; weird huh? I still can’t believe that they complied with my unusual requests.

I did have a lot of quirks; I have out grown most of them over time. One that made absolutely no sense and is still baffling till today was my belief that I would become an old man if my maid touched my clothes.

Ok, I’ll give you a moment to read that again and another minute more to absorb what I just wrote. I was 4 years old and whenever my maid touched my clothes, I would get upset and say “you made me an old man” I do not know for how long this quirkiness lasted but let’s just say only my mum and my Au pairs could dress me.

As I grew older, I out grew this odd behavior developed new ones. Now let me just say that some of them were actually a blessing for my mum. From the age of 7 to 15 I never let anyone wash or iron my clothes. My shirts had to be ironed correctly; every seam had to be in place... I did spend a lot of time ironing clothes.

I grew older I developed some other quirks but let’s leave that for another post.