Monsters in your Living Room 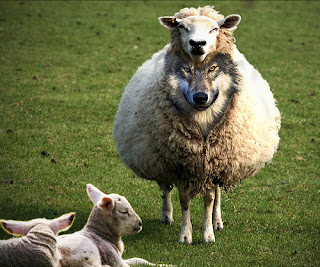 This is not a post about childhood nightmares or a spin off the animated movie Monsters. it's about the possible monsters lurking in each one of us.

Sounds scary doesn't it...well it is. Each one of us has a dark side, whether we would like to admit it or not, we are all capable of committing the most vicious crimes known to man. What prevents us from indulging in these horrific acts is our conscience. It's the little voice in our head that helps us choose between Right /Wrong and Good /Evil. In animated cartoons it's the little angel on the right shoulder and the devil on the left.

After I wrote the post on The Mayan Were Right, it got me thinking, could we really pin point why such acts of violence manifests itself in some individuals ? what drove them to a point where the lines of right and wrong were blurred.  I remember in the movie 8MM when the serial killer was caught he told the Detective, "it not what you expected did you?" He said he had a happy childhood and was raised right" then what drove him to go off the handle?

Some things will always be a mystery, are people who appear to be socially well adjusted really sane?
Can we be certain that the monsters that lie within stay controlled? it's a scary thought.

Alcohol most often brings out the real person, and some people fight so hard to appear well adjusted. For those in relationships, watch-out for the signs, If you don't like what you see when your partner is drunk, its not going to go away once they are sober. It will always be under the surface waiting to explode. Men who hit women in a fit of rage, are likely to repeat this again and again.

Most women, who are abused mentally, physically and emotionally need to know that the tormenting will not stop IF they do not put a stop to it. By forgiving a physical assault no matter how minor it may be, they are subconsciously okaying that abuse.

I did make some references to computer games in my previous post, people do enjoy shooting at each other and after sometime they need a bigger stimuli to get a high, could this be one of the causes for violence ? well it just could.

By banning violent games the problem will not go away as most have tasted blood and will go to great lengths to get that high. As humans we are programmed to survive and they will find a way to hide their deviant selves. A new strain of delinquent behaviour will surface once they control what they know to avoid getting caught.

We are all living on the edge and dancing with wolves in sheep's clothing, we can never say that we are really safe, cause you never know what lies beneath.
Posted by James Barnett at 17:00