The Mayans Were Right

21st December 2012 3:54am… According to the Mayan calendar the world is supposed to end today. If you are expecting a worldwide catastrophic calamity that will bring an end to humanity, well it’s not going to happen.

However I believe that the Mayan’s were right, but it doesn’t mean that the Earth is going to explode before the day ends, it just means that humanity is scarce and will soon be non existent.
The horrific senseless acts of terror and inhumanity, that occurred in the last couple of weeks is proof enough, that humanity no longer exists.

Last week a 20 year old, mercilessly massacred 27 people most of them kids. How depraved do you need to be to shoot innocent kids for no reason? and most of them were shot more that eleven times.

A couple of days ago, six men gang raped and mutilated a young 23 year old girl in a bus. The girl was later thrown out of the moving bus and she succumbed to her injuries yesterday. Rapes and murders have become an everyday affair. Bombay was once known to be the safest cities for women, but was it really safe? Or have the media become more vigilant. I believe that more than half of the crimes committed are not reported. The recent spate of murders and rapes makes Bombay no safer than swimming in a lake infested with hungry crocodiles.

Scores of protests demanding for stricter laws to curb these crimes are spurting all over the world. But what we fail to realise is that, the frequency of these heinous acts are increasing. Sure, we have laws that will prevent people from carrying weapons, and have the harshest punishment given to people who commit such crimes, but will it deter people from committing these monstrous acts of violence? I think not, it will only make them look for other alternatives to commit these crimes.

The people, who resort to these inhuman acts, are sick depraved heartless individuals and no law will change their state of mind. The question we should ask ourselves is why are so many people resorting to such inhuman acts of violence? What drives them to commit such crimes? are television and media fueling such violence?

I would say it does play a part, but it can't be the sole reason why people go off the handle and become monsters. I do believe that lack of adult supervision and guidance is also one of the major factors.
Parents are so busy trying to either make ends meet or working to secure a better life for themselves and for their children that they forget to spend that quality time with their kids. They substitute that lack of time shared by giving their kids money.

I have seen work-life balance go out of whack and it’s not surprising why some kids do become deviant. However this is also not the sole reason why people commit such crimes. It is a combination of heredity and environment.

Life is not what it used to be, video games have become far more advanced from the times of ‘Super Mario’ and ‘Packman’; they have artificial intelligence and are realistic.

With the advancement in technology these games have become more realistic and some of them fuel these acts of violence. I read that there are games created with the objective of raping and stalking a person. The videos on the internet also cater to the sick needs of some licentious soul.

We have movies that showcase some of the harshest realities of life. 8mm showcases pornography to its extreme (snuff films) in which at the end of the act the woman is actually brutally murdered.

It is illegal, but some people will pay a lot of money to see it. Humanity is dead and we are living in a world that gets more apathetic day by day. After a horrific crime, we tweet about it, we talk about it, we hold protests and ask for the death penalty and after a few days, weeks or months, we go back to our busy lives and forget about it.

Do these heinous acts really shake our spirits, or are they just topics of discussion? Have we become inured to such behaviour? I guess we have. Our only hope is to instill the right values in the youth of today, so that we may have a better tomorrow. 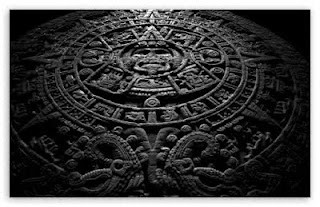